Throughout his life, Laurier suffered from symptoms that would force him to adapt his daily routine. He was the victim of severe lung problems that affected him sporadically. His delicate health handicapped him. During a strong attack, he had to curtail his activities and often even withdraw for a complete rest. On numerous occasions, Laurier was bedridden, weakened and coughed up blood for several weeks.

Wilfrid Laurier viewed his affliction as a restriction that hindered his activities, humiliated him and sometimes even caused him to despair. However, he learned to live with it. Throughout his life, he suspected that he suffered from tuberculosis, the disease that had killed his mother and sister.

Several diagnoses were made regarding the cause of his discomfort, but none would be confirmed. Dr. Séraphin Gauthier, who housed Laurier in Montréal during his university studies, detected chronic bronchitis rather than tuberculosis. Since no official diagnosis was ever declared, doubts continue to linger today regarding the reasons underlying Wilfrid Laurier’s problem. 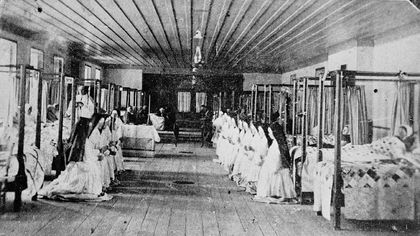 Tuberculosis is an infectious disease caused by bacteria. Symptoms include a severe cough that lasts for more than three weeks and is often accompanied by coughed-up blood, fever and great fatigue. This disease can affect any population regardless of sex, age or country of origin. The disease continues to exist today. It is contagious, but can be treated effectively with antibiotics.