When the Dominion of Canada was instituted in 1867, it was understood that British forces would continue to ensure the country’s protection. Local militia were created to support English troops. However, in the 1880s, reconciliation between Great Britain and the United States raised concerns regarding the protection of Canada’s possessions and its territorial waters, in particular. Macdonald’s government established a fisheries protection service.

In 1909, Great Britain found itself involved in an arms race that would ultimately lead to the First World War with Germany. As part of this, London asked Canada and other Dominions for a greater naval contribution to support England in the event of war. 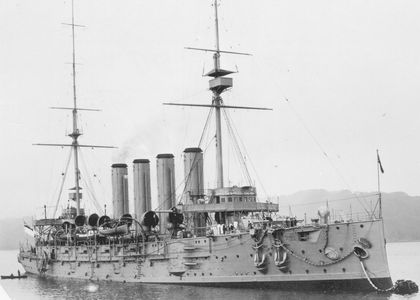 Prime Minister Laurier proposed draft legislation that would lead to the creation of a military fleet that would belong to Canada and serve primarily to protect the country. On May 4, 1910, the draft Naval Service Bill received Royal Assent and marked the birth of the Royal Canadian Navy. Although modest in its beginnings, and made up of only two second-hand vessels, the navy was an unprecedented watershed moment in the country’s recent history.

Laurier declared: “I do not pretend to be an imperialist, nor do I claim to be an anti-imperialist, I am first and foremost, and forever, a Canadian.” (1910) 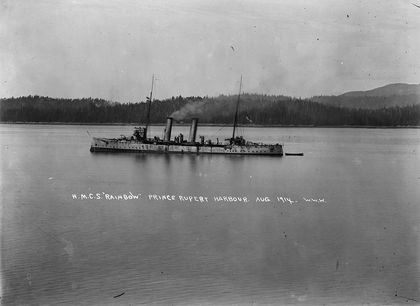 At the time, few Canadians supported the project. English Canadians wanted to see a greater involvement in the arms race. French Canadians, on the other hand, felt the expense unjustified and unnecessary to protect the country since it was not yet involved in the war.

However Laurier, ever in search of a compromise, justified the Canadian Navy as an independent military force and foresaw that in the event of an emergency, the Canadian fleet might be placed under British command in response to imperial imperatives.

Once again, Laurier failed to achieve unanimity, but would win thanks to the compromise presented for a decision of this magnitude.